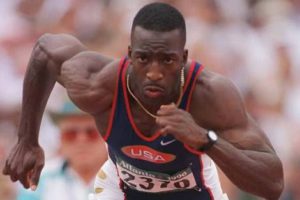 Today in London he faces the media with undoubted questions on his decision to do the double 200 / 400m and his chances of going sub 43 seconds.
Did lane 8 aid or hinder his Rio Record? Will the double be too much of an ask?

Here you can listen to the great Michael Johnson give his views on Wayde and his chances and the future of what it requires for the next character of the sport!