Recent rule challenges at two SA championships, and prestigious races, have highlighted a need to question if the structure of our sport is still relevant: 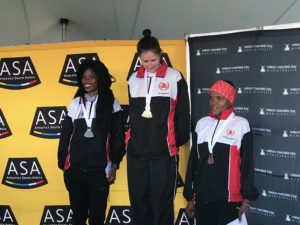 As previously discussed, the roots of our club system are based on an amateur club structure in UK in the 1960’s. It is an excellent system that became extremely strong through the years of isolation.
The clubs have been primarily responsible for growth of races and the sport.

The innovation of year-round license numbers at that time saved the organizers (clubs) from printing and paying for numbers, and their use front and back is in line with IAAF rules. The introduction of Age tags was, and continues to be, another world leading innovation.

This combination led, and continues in many ways to lead the world and is a massive strength particularly for rural clubs:  No other country, (to my knowledge), can boast such a strong club structure.

By 1980’s a temporary license system was introduced to allow people to ‘taste’ the sport without committing to a club. This was a ‘day pass’ and provided further growth.

Commercial and sponsorship interests commenced as far back as mid 1970’s with Sanlaam, Lotto, Nedbank, Old Mutual and others buying the rights for the license number branding. Comrades numbers were first sponsored by Pepsi at this time.

Prize money entered in the 1980’s but was limited to R500 with only permit races allowed to offer more. In 1990’s as the country started to gain more international access, corporate sponsorship saw the introduction of club branding and retainers. This prompted ASA to negotiate with the IAAF for a relaxation on the kit advertising rules for domestic events only.  Prize money started to soar upwards for major events, but in real terms was still a fraction of international due to exchange rates.

We need to recognize that the end solution of a 4 number system is NOT the doing of ASA, but rather a solution evolved / initiated to a large extent from Chip / Bib timing, where companies require something to ‘hang their chip on.’

Keep in mind these companies, many of whom have no direct affiliation to the sport are impacting on the rules, yet take around R6- R8 per timing mat from the sport (and add to entry costs)

By example lets consider a club 42k / 21k 10k event with say 5000 runners overall and each runner being timed say between 2 and three times:  The timing company will earn in excess of R120000 from that single event. On top of that will be admininstrative and number costs etc.. So these companies have an significant impact on the sport, and yet most are unaffiliated / or accountable to the sport.

While all of these aspects have impacted on the way large events have been organized and the way on which top performers have been rewarded, the opening into international competition, a reduction in media coverage of local sport (in favour of previously restricted international coverage), a wider selection of mass participation sports (triathlon, trail running mass cycling, etc) has made local sponsorship less appealing at club level for medium and small events. Little has changed for the rural clubs. 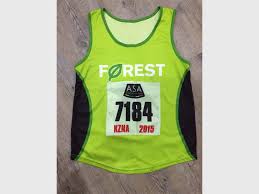 As with the country – The gap between the top and low end has simply grown apart, yet ironically the talent potential for the future exists in greater numbers at the small end of the scale.

Clearly things have substantially changed from 1960’s to 2017, but the founding structure has remained the same.

To date the rules have been amended to try to fit these massive changes while working within the 50 year old structure, when mobile phones, faxes, mails, chip timing, and professionalism had never been foreseen, and was even banned.

Its equivalent to the little Dutch boy attempting to prevent a flood by putting his finger in a hole in a dam wall. The problem is that after 50 years the changes exceed the number of available fingers and that wall is going to (some will say has) break.

The practicalities of a new structure:

What is required is a new structure:

One that keeps the strength of the club structure and the concept of licensing: That allows for the diversity of event from rural to mass city marathon: 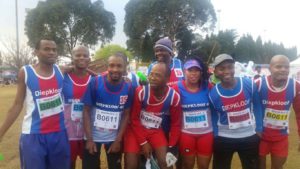 That promotes and rewards professionalism and elite with a focus on the performance;

That ensures credibility and integrity:

That attracts commercialism and media coverage of the competitive aspects.

Once the competitive structure is determined it automatically implies a total rewrite of the rules to utilize the new technology; to officiate the sport, and professionally run the administration.

Any organization has to set 5 and 10years goals and attempt to plan for the foreseeable future despite the speed of technological advances:

A brief overview:
I doubt any one person has the answers:

What follows is a starter viewpoint to share, but I’m patently aware it requires further detail, modification or could even be dismissed for a better option.

It is therefore shared if for no other reason than to stimulate thought and is presented in a serious of short points to give a potential direction.

Differentiate between competitive and participation runners:

In a new structure we need to have clear definitions of differently motivated sectors in athletics: These could be defined in the following groups with the listed responsibilities and rewards 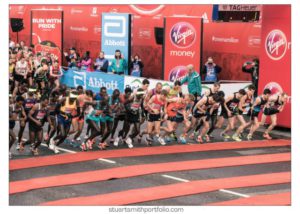 Having looked at the competition arena we now need to review the various club options:

There can effectively be three types of clubs: 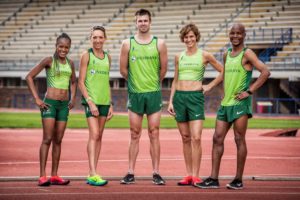 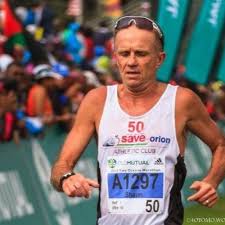 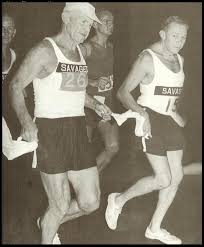 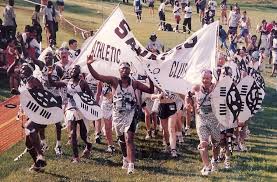 Suppliers into the sport:

Nowadays there are many companies that supply resources or services into the sport, from marqee and scaffolding suppliers, timing companies, to technical, marketing and event consulting companies.

Few of these are affliated to the sport, and so there is limited accountability to the sport for poor performance or adherence  to rules and expectations. This is a dangerous situation when considering many aspects, such as disaster management, particularly given that events are weekend events where there is no realy service or support from say the Marquee or scaffold companies over this period.

The proposal is that all suppliers – lets call them ‘money earners from the sport’ should be affiliated and on a list of approved suppliers: this would ensure a standard for the event: These could be in these sort of groupings: 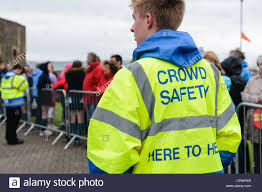 Since there is recognition of member’s difference in ambitions and objectives, there must also be different event categories meeting these requirements:

Events cannot be organized directly by Federation or provinces as these organization are the policing bodies for the sport:

Event organization is not a desirable component of their mandate.

Events can be, delegated, appointed, or using a bid system, allocated to clubs, accredited event companies or associations, but will be over-seen and under the guidance of the provincial federation and / or ASA. (i.e. follows the IAAF procedures for events such as Diamond league, World Championships, etc) 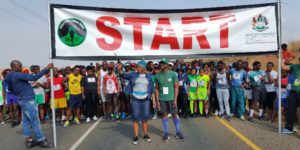 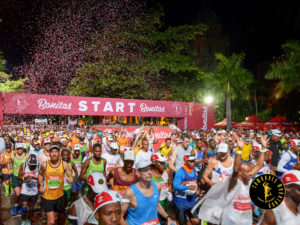 This outline provides a taste of a possible structure that could take the sport forward.

The principles are easily applicable to all disciplines of the sport including ultra trail cross country track field etc.

(keep in mind that the IAAF will be combining a number of commissions into one called ‘Running’ in the coming year. This will cover XC, Road, Mountain, Ultra, trail, etc. RSA will presumably do the same.

Track and field will follow similar principles for competitive levels.

The rules and administrative structure that needs to be applied will become obvious as the above athlete, club and competitive structure is evolved. In other words design the admin to fit the needs, not the other way around which is the current error. The administrative and implemention must be on a professional manner. This then allows the policy and decision making structure to be based on a blend of amateur and professional representation which is likely to have to follow the new shape of the IAAF.