Discussions with runners normally focus on the ‘D word’- “What Distance did you do this week?”

Yes it’s a D – and there is no question successful running is all about the D-words, but this particular D is the last in a long line of D that should Dominate your planning and implementation.

Dreams are the seeds of goals, and goals give Direction, Desire and Focus.

Dreaming about breaking 60 minutes for 10km, 3 hours for a marathon, securing a Sainsbury Medal in Oceans, obtaining a “Bill” in Comrades, representing your province, competing in the World Masters, making the Commonwealth Games team, or going to Tokyo Olympics – no matter what level each goal commences as a ‘dream’ performance. 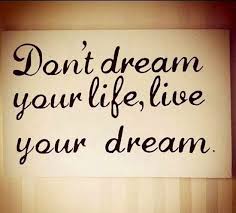 It’s a ‘Movie of the Mind’ that for that semi-conscious period sees the currently improbable become the possible.
No matter what the dream is it tends to be a stretch above your current ability.

However, the mind is incapable of differentiating between vision and reality: with sufficient vision comes the ability to change the vision into a goal and then into reality

Dreaming is the first in a litany of D’s that push and pull us to new performance:

Dreams become Desires – desires provide the craving that will see us search, investigate and learn more about how to achieve that goal. That is how we get Direction

Direction along with Determination is the catalyst and creator of belief that we can achieve the goal. These are the D’s that keeps us focused on the Dream! 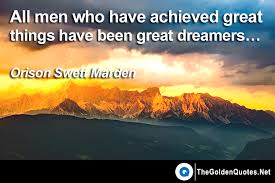 The greater the Determination and Desire the greater we realise the need for Discipline, even when things go wrong. Getting side-tracked to other easier, or diverse options, is the biggest distraction and destroyer of Dreams.

When multiple World and Olympic Champion, Usain Bolt, was in Johannesburg in January he was asked ‘what it will take to repeat or exceed his records’?
His unhesitant response revolved around: ‘Keeping focus to the singular goal, even when things went wrong: having a strong supportive back-up team: consistency and commitment.’

He could just as easily summed it up with Direction, Desire, Dedication, and Discipline. These are the founding attributes of achieving any Dream.

Take a minute to consider where that quintet of D’s originate:

They are not found in the weight, height, stride, lung capacity, flexibility, strength or natural speed of the runner – they are born and cultivated in the mind!! 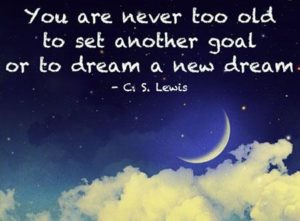 Running success is not born in the body, it is born and sustained in the mind, and

the longer the Race Distance, the greater the impact of mental determination.

Sprinting involves over-coming extremely intense pain, primarily in the chest, and power of movement. But then it is only 9 to 43 seconds at elite level. There isn’t that much time to think!

As the distance increases the intensity of pain reduces but the time available to talk yourself ‘out of the pain’ increases.

From the very first steps of the longest races we will frequently find ourselves making ‘excuses’ as to why we cannot be expected to run to our best.
This happens because we have not worked hard enough on our Desire and Determination in the build-up to taking the start line!

When Desire, Determination and Discipline (in pacing) Dominate, the questions are short lived because we ask and answer them in the one moment!

Even if we commence without that doubt, around two-thirds of the way in every distance that we start to question, our ability to continue.
This is why the third lap of a mile is the slowest, or the wall comes at 30-35km in a marathon.
While it can be perceived as negative it is also a positive sign!
It’s a clear indication that we are pushing our body towards a limit- it’s a sign that something special is possible. It is easy to quit, but Desire and Determination are the most powerful antidotes to that poisonous questioning!

The longer the event, the longer we tussle with the option of success and failure:
Those seven to eight debilitating kilometres from 32-39 or 40km in a marathon, tease the mind, tearing it between the need to stop the pain, and the need to succeed.

In Oceans it’s on the slow poison to sheer climb of Constantia from 38-50km:

Despite the thousands of accomplices around us in Comrades Down run, it’s on the solitary mental confinement of the M13 from the Bottom of Cowies Hill to the crowd encrusted crest of 45th cutting:

These are where we ask the question? What am I doing this for? The “why-period” 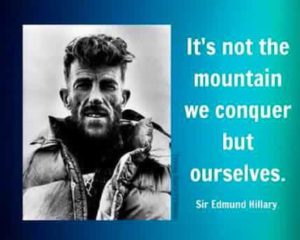 This has nothing to do with the amount of Distance covered in training!
The outcome of the questioning in all these scenarios, from 800m to 100 miles is down to the D’s under-pinning your running: The Dream, The Desire, The Determination, and The Deep-seated Desire to Dominate!

The Real Determinate of your success lies in the Dream’s and visions in your mind: your mind has to accept the reality of your ability before it becomes physically possible – Work on the Dreams, Desire, Direction, Determination and Discipline and go steady with the Distance, BUT avoid Distraction – You will be amazed at what you Achieve (on the road or in life!)

1 Comment on Running Success begins with being a “D” student