Gender Rules – Will They Be Thin Edge of Wedge for ALL Sports?

There was a time when the sun was believed to revolve around the earth.
The dispute between Galileo and the Vatican saw science and logic denied in favour of faith and dogma.
Galileo was forced to recant his knowledge in order to avoid being burnt at the stake.
It took 350 years for the church to acknowledge their incorrect condemnation of the scientist.

16th Century Catholic priest and philosopher Giordano Bruno was not so fortunate, as he was taken to his fiery demise for his belief that the universe is infinite and that other solar systems exist.

Shifts in cultural thinking and acceptance are neither easy or smooth.

It’s going to take a change of cultural dogma to resolve the IAAF’s proposal for gender regulations in athletics events, which are due to be adopted on 1 November this year.

Recognition that a person may be inter-sexed dates back to ancient Greek and Roman times, and yet the concept that a person may not fit the binary notions of male or female is said to have begun to be culturally acceptable in the late 1940’s.

A Roman statue of a Hermaphrodite: This term tended to be used prior to 1927, which is apparently the first reference to inter-sexed.

Although there have been other cases of intersexed athletes, who were coerced to depart from the sport quietly or face being publicly exposed, the lid was taken off the can with Caster Semenya’s domination of African Junior Championships in Mauritius, and World Senior Championships in Berlin in 2009.

This highlighted the darker side of the sport, and the past contraventions of human rights.

Indian sprinter Dutee Chand then challenged her right to 2014 Commonwealth games selection through the Court of Arbitration for Sport (CAS) who ruled that IAAF suspend their regulations requiring hyperandrogenic women to take medication to reduce their Testosterone levels, and to provide the proof that there was a direct link between Testosterone levels and performance.

IAAF believe they have met those research requirements, and passed new rulings for adoption this year. The research has yet to go before CAS, but these past few days salvos have been fired by the opposing parties that are set to undermine the IAAF proposal: 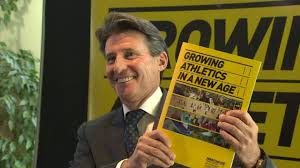 The first was an independent review of the research claims that at least 30% of the data used is flawed / contaminated.
Amongst the claims is that duplicate data was used from individual athletes, and that a number of the performances are from athletes who were then banned for doping.

The second was the public release of a December 2014 letter from Women’s Sport Foundation which carries the support and signatures of elite scientists, researchers, athletes and leaders around the world including South Africa’s Professor Tim Noakes, and at least one member on each of IAAF’s own gender verification committee and the IOC medical committee.

In responding to the letter IAAF President Sebastian Coe states that Athletics has been at forefront women’s participation in sport for over a century, and that the new regulations do not seek to prevent participation but seeks to level the playing field

Under the new ruling there are 3 options for a hyperandrogenic Woman:
1: Restrict their competition and athletics to domestic events:
However, it can be speculated that national federations will soon face similar claims of unfair advantage, and be forced to apply similar restrictions.

2: Take medication or surgery to reduce the level of testosterone to “acceptable” levels, (5nmol/L). This is the most contentious option and is seen as an infringement of human right, as these are women who are born with the high testosterone. ( no implication of drug abuse)

3: To ‘come out’ and compete in either men’s or the ‘intersexed’ events which will be held. 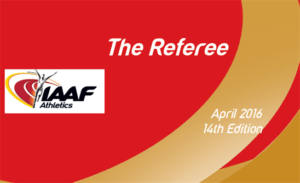 WHAT OPTIONS ARE GIVEN TO ATHLETES

That’s alone has questions:
How many people will be willing to expose their condition to public scrutiny?

Contrary to popular assumption the number of people with this condition is probably considerably greater than thought.
Will they be willing to be identified by entering a intersex event?
Perhaps there would be greater acceptance if male athletes will similar testosterone levels, also competing in the intersexed event?

A 4th option exists: resign from international / competitive athletics. This is a probable option for many prefer to prevent exposure and discrimination.

IS SOCIETY READY TO MAKE A CHANGE?
The primary question to be answered is whether society is ready to believe and accept that competition can be defined outside the binary gender terms?

In replying to The Women’s sport Foundation letter this week Coe acknowledges that many sports or competitions are classified by other factors such as age, (e.g. under 20 competition or masters ) or weight, (eg boxing, weight lifting, martial arts) and in the latter competitors are required to change their body composition to meet these requirements.

The suggestion that weight change is of similar impact to taking, otherwise illegal, medication, or the trauma of surgery is unlikely to give credibility to the IAAF cause.

RETHINKING AND CHANGING THE POINT OF REFERENCE:

Perhaps however categorisation is the seed for a solution:
IF, (and that is yet to be proven), Testosterone is the determinant of performance of people with equal talent, then the world has been incorrectly separating and classifying sport on gender.

It would be like classifying boxing on the size of glove – it may have some effect, but weight and arm reach has far more impact! 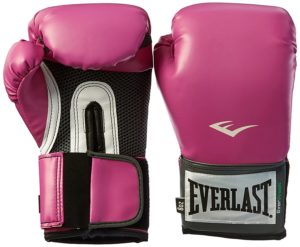 Could future athletics, (and sport?), be classified on testosterone levels?

It is probable that a number of current top class women will fall into the IAAF’s intersexed definition, and it stands to reason there are also men at the extremes of the spectrum in male athletics. They too create advantages or disadvantages, or uneven playing fields.

Could competition be determined by T levels (nmol/L), with say 4 ranges from Extreme, high, Moderate, and low.

An intriguing aspect of the new regulations is that such T limits are restricted to the 400m to 1609m distances.
This apparent anomaly, may relate to the scope of the research, but what of other strength and power events such as the throws, the sprints where there are many cases of athletes being banned for taking testosterone? This is only a few:

A primary benefit of T abuse is said to be the increased speed of recovery, which in turn allows a greater training load. Clarity is required on why the proposal is so limited.
Could the impact on the sport could be greater than publicly thought if the ruling was applied universally?

Certainly the outcome of this athletics conundrum, is going to be the tip of an iceberg in sport as a whole.
Once resolved other federations and sports can expect similar challenges.

Tennis, track cycling, and rowing could be amongst the individual sports, but team events will surely come under scrutiny.

Top sport is no longer played or won for passion. The prestige and rewards can be financially life changing, giving sufficient motivation for competitors to question and call out others.

The will come before CAS where, although currently only 3 of the 11 members are women, not only the technicalities of the law, but also the impact of changes to how a person was born will be given a full appreciation. Comparison with weight loss is unlikely to have much bearing.

Careful thought also needs to be given to where this is going to end, and we can’t rely on Nostradamus for this one. 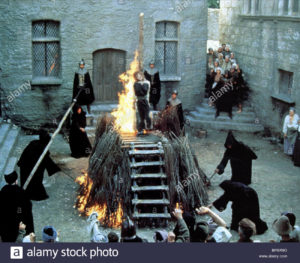 Don’t be surprised if a few individuals and organisations are burnt at the stake along the way!