The FIRST Vital Step to Your Comrades Goal 9 June 2019

In the last 2-3 weeks of any distance race of 21km and above the race day pacing is the key to any race performance.

You  can be at your very peak of training fitness, but if you don’t set a realistic finish goal, and evolve a practical ‘pacing’ strategy on how to achieve this goal, then you just become another ‘also ran’ who ‘dies’ in the final third  or quarter of the race  and fails to fulfil their potential.

A race like Comrades sees around 95% of the runners fail to achieve their potential because of inadequate preparation and understanding of pacing!!!

In either direction, Comrades commences with an initial climb:

On the down it’s a 20km climb to the highest point at Umlaas road:

On the Up run that first 36km to Botha Hill is a consistent gruelling climb with only around 4km of total down between the start outside the city hall and the top of Botha’s at the Sasol  garage just past Kearsney college..

That is over 32k of Uphill of either the imperceivably slow poison or steep stark climbs such as Tollgate and Fields.

It is a FACT that the very first Up run in 1922 started at TOLLGATE!!

Because the organiser, Vic Clapham, believed the steep climb from Durban City Hall to Tollgate was too ‘extreme’ for the runners to tackle!!!

This means that Arthur Newtons first win in the Comrades marathon did NOT include the less than 4km climb to Tollgate!! 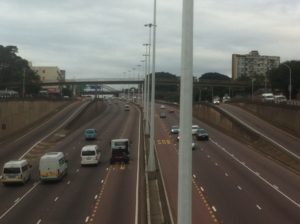 Understanding, acknowledging and appreciating this ‘history’ is key to your Comrades success on 9 June.

The problem is that no matter how  many times we share this information on race day, in the dark, and pumped with emotion – 95% of runners will speed off into the  horizon, dragged on by a desire  to run a fast time and a fear of failing to match or beat the perceptions of what they believe others expect of them!!

Yep, it’s not even their own expectations but the unproven expectations of others that send most runners off too fast, and in doing so they commit to a slow slogging final quarter of the race.

Any advice, irrespective of the number of races run, that commits you to putting ‘time in the bank’ on the up run is a self-fulfilling prophecy!

The initial Comrades run is uphill (for around 36km) and if you try to run faster than average pace on the uphill, you will NOT have the ability to sustain that pace on the predominately downhill to the finish…. In short, a person who tries to run at ‘even pace’ will burn themselves out.

Pacing on a hilly course is about consistent ‘effort’ not pace. This can be linked to consistency of ‘power’ not effort. 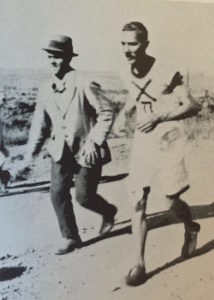 How do we ‘measure’ pacing?

To some extent heart rate can be used to measure effort, but the problem is that heart rate, particularly on race day is affected by so many other aspects, including emotional and environmental issues. Power is more consistent and directly related to muscular effort.

Pacing is directly related to the ability to spare the available energy over the time spent on the route. In races under 2 hours (approx. time) in duration we have sufficient ‘petrol’ (glycogen) in the muscles to compete, but when the race duration is longer than this there is greater importance to rationing and balancing the use speed / effort, particularly in hilly or challenging courses.

In ‘lay terms,’ Ultrarunning relies heavily on energy from the metabolising of blood fatty-acids into glycogen which is then used in a similar way to glycogen in the muscles. While running those energy gu’s, gels, drinks etc cannot be absorbed into the muscles, but will maintain blood sugar levels, which in turn prevents the brain from sucking the very valuable glycogen from the muscles.

Keeping in the low intensity power zones and fat metabolising are key to a good result.

The first 8km is critical:

When a runner goes out fast the rate and percentage of muscle glycogen used is higher than required over the whole event, and it becomes hard to return to a higher reliance on energy from fat metabolisation.

If you want to have a good run in 2019 Comrades commence with  a slow start to Tollgate, then onto 45th Cutting and even to the top of Cowies Hill. Even having control and discipline of your pace and effort from City Hall to the top of Botha’s Hill will pay dividends to the runner around Umlaas Road and beyond: It is there that most runners, and definitely the fast starters, will find they are forced to adopt the zombie-like Scottsville-Shuffle to the finish. By comparison,  the runner  who has been frugal with muscle glycogen use will be able to maintain effort, (perhaps even increase effort and hence real pace), to the finish.

In being able to hold or improve in the last quarter or sixth of the race distance a runner automatically passes those who have mis-paced their race, and this has an instant positive effect, which translates into the potential to exceed the pre-race expectations.  The mind is the final determining authority of a runner’s performance.

When the final distance to be completed is acknowledged as being manageable the level of effort can be increased.

A classic example of this was Eluid Kipchoge’s Monza sub 2 hour event where, despite all the lead car, pacing and exact run on the blue line distance, he was unable to hold the sub 2 hour pace on the penultimate lap.

However, irrespective, of the fatigue when he turned the final corner on the final lap and saw the finish sign he still had the ability to pick up the pace into a sprint to cross the line, only 23 seconds adrift of his goal..  Even when he had stopped, he had the energy to continue over to his coach.

A positive mental attitude in the final 6 or 8km can take a Comrades runner minutes below his / her predicted comrades finish providing the energy is available.

Taking all the above into account the next few weeks are the time to work on the:

And achieving this all begins with what you do in the first section from City Hall to Tollgate….. going out to that point which is roughly 3.9km from the start too fast by 2 minutes will mean you are trying to achieve a goal that can be 30 minutes too fast for your current fitness!!!!

Remember the historic first UP RUN of 1922….  Remember that Vic Clapham believed that that very climb was too steep for the runners …. Today you cannot omit that climb, but you MUST respect it and make sure you are rather too slow than too fast getting to that point…..