It never ceases to amaze how amongst the myths  of Comrades training there is so much questionable logic.

One of the greatest concerns at this stage is the ‘Distance of the Last Long Run.’

In recent weeks and days there are  numerous articles, posts, podcasts and social media experience listing the ‘answer’ and 90% of them are statements built around distances from 45km to 64km!!

While I guess many will see this as just another such article I would encourage you to read and look at the ILLOGICAL Logic of the proposals to do these 50-64km runs.. or to set your run by distance.

What is the physiological benefit of the long run distances

The sports science papers, and world-wide coaching documentation, strongly suggest that there is little physiological benefit to be achieved from running longer than 2 to 2 hours 30 minutes in a long run, with 3 hours as a reasonable limit for such training.

Furthermore, recommendations point out that muscle damage tends to climb an exponential curve as the runner goes further than 25km in training.

So why go further?

Primarily the answer relates to psychological and confidence.

For the novice 90 km is a long way, and one can appreciate that having covered  2/3rd of the distance the runner can gain comfort… BUT is that logical?

And more importantly is it necessary ?

The novice runner doing a longer distance is understandable but perhaps not  logical:

By adopting the approach advised for Comrades by social media coaches and advisers, and based on distance, we need a 2/3rd distance confidence run.  This means our 100 mile runner needs to cover 105km in a training run, and the 24 hour runner requires 120 to 170km…. Really?

What does the world’s best do in races longer than Comrades?

Yiannos Kurous, the world’s most  prolific ultra-runner who, holds (or held) all the world  records from 12 hours to  1000 MILES and has 4 of the world’s best 6-day distances, rarely trained longer than 25km. 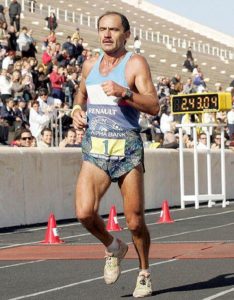 Instead his races at shorter distances prepared him for the longer events as they were inevitably in the fat metabolising energy zone. Developing that energy system is one of the key reasons for the long slow distance runs.

The need for an ‘extended long run distance’ for Comrades is just another of the South African isolation training myths that has got out of control through urban myth, and now sees the average runner, not only plodding  his way through each and every  April and May weekend and holiday, but simultaneously  destroying his chances  of a good Comrades.

The fact is that running longer than 3 hours run is more for the mind than the body and the more Comrades you have done the fewer runs above 35km you need to do and that  includes the (misguided) use of a marathon as a qualifier.

Medical Fitness for Comrades (or Oceans)

A marathon does not test your medical fitness.

That’s why doctors don’t put you on a treadmill for 5-12 hours to test if you are ‘fit’ to run comrades..   Instead the doctors will give you 15 minutes when they wind  up the speed and incline to test your heart under ‘stress’. 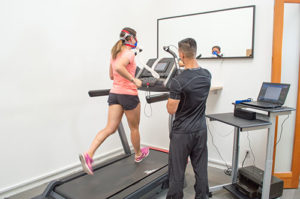 In short, the myth of longer runs have evolved over the years based on what the top runners do, and incorrectly taken into mass runner training on the basis of similar distance.

Bruce Fordyce documented his training in a couple of books and many articles, and there are several references to the RAC (his Club) long run that he openly admits he never  completed, pulling the parachute once he felt he had sufficient time on legs. 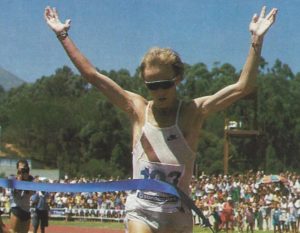 Even in Oceans he would run for the last silver which was 4:15 per km.

However, Fordyce’s Comrades race pace was around 3:45 per km – a full 30 second per km faster! Depending on the situation, and after recovery, he would then add another 4 to 8km as a cool down with friends.

Admittedly, Bruce would only be on the road in Comrades for 5 hours 30 minutes, but he never ran those long runs at Comrades race pace either.

The great Wally Hayward was similar. 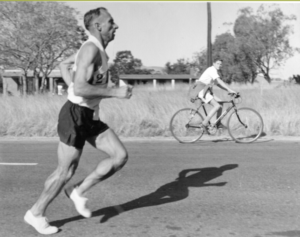 Wally was the first man to break 6 hours for Comrades in 1953, but he trained by running and walking at 5 minutes per km!!  That was a full minute slower than his record breaking down run.

How far did they go?

Although Wally once ran from Germiston to Pretoria Fountains and back, it was typified by a run and walk and at the fountains he told me he jumped in, cooled off, bought an ice cream and started his way back.

That’s around 70km, this was only once, and not his regular training, which was shorter.

Wally never took exceptionally long runs to prepare for Comrades and his ability as a 2:35 marathoner and his shorter distance exploits kept his ‘engine capacity’ high.
[Note his use of Ice Cream (in 1953 milk, fat, cold, and alkaline) and consider that compared to today’s focus on carbs which tend to be acidic.]

The point is that although the  leading and very best in ultra / or the short ultra-distance of Comrades runners have even gone as far as 55-60km they would not be on the road for much more than 5 hours and normal around 4 hours only.

Now compare that with the ‘misguided’ recommendations from ‘coaches / advisers’ to the average Comrades runner in South Africa  that they must  do 64 / 60 or even 55km as a long run!

Let’s work it through: 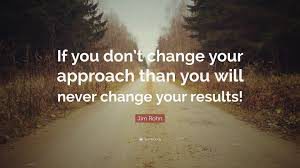 why is it illogical to do extra-long runs?

Doing 60km or even 55km as recommended by ‘leading’ coaches, means the mass of runners are being told to be out on the road for over 7 hours 30 minutes and more!!!  Yet the top elite are only out there – at the same percentage effort for 4 hours!

Where is the logic in this?

Why give the less able runner, who probably also has greater commitments to work, social, family and other stresses and limitations, almost double the stress in the final weeks close to Comrades race day?

Why? I dont get it and can’t recommend it.

The mass of runners have less time to recover, but are expected to be put under greater physical and mental stress by these advisers..

We have already noted that physiologically there is no real benefit in training at the long slow distance (fat metabolising energy system) for longer than 2 hours 30 minutes to 3 hours.

This is what (top) marathoners in the 1970’s / 80’s would use and, on the paces used in those days they would cover around 20 miles. This is why marathoners are told they need to run 32km distances (as opposed to a rounded 30km as 32k is 20 miles) for their Sunday long runs.

With the advancement of the world record and top elite times the distance covered at the new ‘slow’ pace sees the top runners now covering closer to 40k  in the same time, but still at a slow pace compared with their marathon ability.

Now we are finding that the average marathon runner is being ‘advised’ to do 40km  long runs on the weekend. It’s simply because people are taking the training of the elite runners and  trying to apply it to the average and mass. Such advice overlooks the founding principles.

Energy system development is time based:

The key is that energy is TIME based NOT distance based, and it is the energy system we try to enhance with the long run.

This means that even for Comrades we don’t need to train long runs longer than 3 hours and mostly in the 2 -2 ½ hour range. Doing this two out of every three weekends will give us all the physiological endurance we require.

This  approach has even more credibility given that most club / average / mass runners will qualify using a marathon and / or a 50-56km ultra at Oceans, Om Die Dam, Loskop or similar, and so will have already have been out on the road for 4-7 hours: that is more than sufficient to complete the comrades distance on race day.

What we really need to be saying / advising is that there is one, maximum, two occasions in a Comrades preparation where you may need to go out longer than the 3 hours, but this is to build psychological confidence  that you can do the distance.  Nothing else…

By using a qualifier / short ultra already does that and there is no need to repeat this  every weekend or more than twice between January and Race day.

As Kouros and others have shown you don’t even need that if you focus on consistency of training and Comrades runners should realise that the more Comrades they have done the less runs longer than 3 hours they need.

They already know they can do the distance .. so why try  – or why the need – to prove it every 10-14 days?  That is simply Illogical!

What to do next? Put it into practice

In the next few days interrogate yourself and ask what is the longest time you require in order to know that you are capable of doing comrades? This is probably around 4 or 5 hours.

Now, look at how many times you have already run this length of time in the  last 4 months?

Now, ask yourself if you really need another run of this length, keeping in mind that once you exceed 3 hours the muscle damage increases and therefore you are going to take longer to recover. 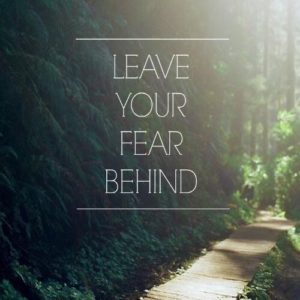 Once you have that answer – and it is one unique to you and your confidence level –  work out how many km it is.

Both runners will be out for 4 hours, both will have the similar levels of stress, similar % effort of their current abilities, similar calorie expenditure, similar time training energy systems and exposure to heat, dehydration etc and importantly the same reasonable opportunity of recovery before the race.

This is more logical  surely?

So as we head to the final three weekends for peak comrades training … don’t think distance – think time… and do the minimum length of long run that you can live with such that your MIND is happy that you are ready  to complete the distance. Then keep all other long runs under 3 hours.

Following this advice will help ensure you are neither physically nor mentally tired when you stand on the start line on Sunday  9 June with the up-run comrades ahead! 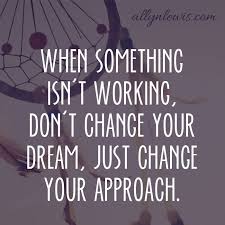