Your (Running) Life in 12 minutes – The test that tells you exactly where you are.

Those who did “time” in the armed forces, or currently in some service work such as the fire brigade may still shiver or anxiety reaction to hearing the words “Two point Four”!

It’s the stuff ‘men were made of’:

Two Point Four referred to the distance used as a minimum fitness test for all serving personnel and is seen as a useful, practical and easily implemented method of assessment.

It was developed in 1968 by Sports scientist Dr Kenneth Cooper for the US Military as means of assessing aerobic fitness and became directly comparable to a VO2 test in the lab. 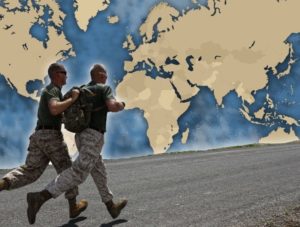 It has even been adopted by some police forces, but judging by the size of many of our ‘boys in blue’ today it is either now restricted to entrance criteria or the standard has been substantially lowered, as in many cases it’s doubtful any semi-fit criminal will be caught in a ‘foot race’!!

However in the defence force regular tests were undertaken by platoons and squads, and the base speed expected was 12 minutes. The true challenge was that this normally had to be completed in full kit, webbing and with leather boots. Oh and just for fun, add in an assault rifle to hamper a good arm action!
That’s an average pace of 5 minutes per km with an extra 18kg on board!!

This exposed the injured and unfit, and has been used in various sports as a means of assessing match officials, who face an annual ‘2.4’ to see if they can keep up with the game. Top officials in rugby, soccer and other professional games now need to be considerably fitter than that to ‘keep an eye on the ball’ but 12 minutes for 2.4km remains a recognised standard.

These tests should be a stock option for runners, and provides as good, if not better, guide to ability, fitness and training progression as the most expensive lab VO2 Max assessment.

Get the Base results:

After a good warm up, go to a synthetic track and pump out 6 laps non-stop taking the time of each lap and the overall time. The objective is to get your personal fastest possible time: every second does count so pacing is important.

Start slightly conservatively and then hit your core pace from around 600m to 2000m and then for that last 400m squeeze out every last gram of energy and determination to literally throw yourself over the line! (but remember to hit the stop button!!!) 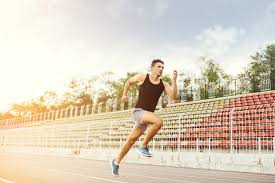 The faster you are, the better your practical, (and effective) VO2, and the faster you can run a 5km, 10km, 15km, 21.1km, Marathon, Oceans, Comrades and even 100k. It truly is as simple as that !!!
Beyond 100km there are other facets that come into play, including the ability to overcome sleep depravation.

By knowing your ability in a hard fast 2.4k your training paces for the long slow fat metabolising run, your marathon, 10k, 5k and 3k race pace. This will also determine the required ‘Tempo’ pace towards your next goal race.

The great thing about these tests in the service was that it was done in a squad or group. This meant that there was a ‘peer pressure’ and race anxiety in play which would help with focus and determination.

Running 12 minutes flat out as a solo effort is a considerably harder task for most runners, than in a group, and the better effort will be achieved in a shorter time / distance in single runner assessments.

This makes the mile, (1.609k), becomes a more valuable assessment for the single runner. It’s long enough to assess both speed and endurance, but also a reasonable duration to task to mentally challenge the runners determination.

This test can be done on a regular basis every 6 or 8 weeks, and another major benefit of this short distance blast is that it requires only one day easy as preparation and another day of active recovery after. There is minimum impact on training.

When done regularly there is soon a trail of records which will indicate when a runner is reaching peak fitness, or how they are removing from a race season, or even making their way back from injury. 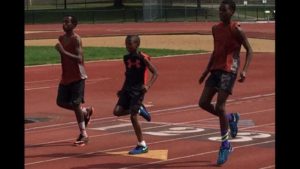 One of the most useful outcomes is the ability to use the Mile (or 2.4k group test) to predict accurately the potential time for the upcoming race / goal, and from that the pacing strategy to be used to achieve the best outcome.

Many runners may not have great memories of the old “2.4” regimental test, but it, and the mile, are key weapons in the armoury of the competitive runner looking to achieve their best.