Pacing and Preparations for Two Oceans – Half and 56k Ultra 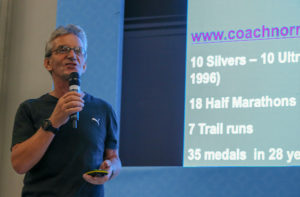 ROUTE CHANGE:
The last minute change from Chapmans Peak to Ou Kaapse Weg now changes where the effort is made and it can  be seen that it is now important to be more conservative in the  first half as the route has just under 2km of climb after sun valley to get to half way.

Another consideration is that the long downhill from the top of Ou Kaapse Weg is steep and  can damage quads so be careful to ‘roll’ down the hill and in some cases even plan in some walks at regular intervals to ensure you protect your quads for later in the race.
This means there is probably more walking in the  second half of the new route as the  inclines (up and down) are steeper and need more discipline.
The pacing charts have been amended for this. 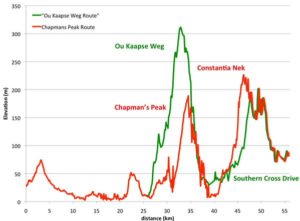 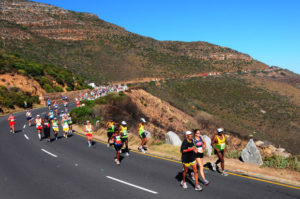 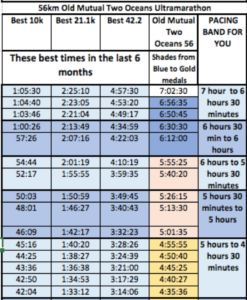 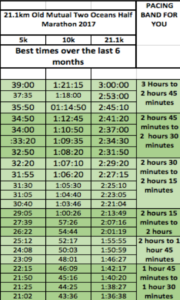 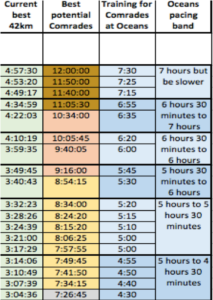 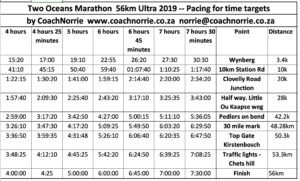 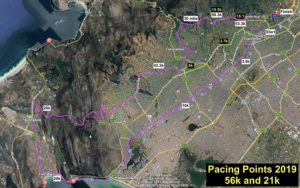